What Are Flavonoids and What Do They Do?

The main three components of cannabis plants which are known to provide you with the benefits of the entourage effect are phytocannabinoids, terpenes, and flavonoids.

As you begin to study up on the ways in which CBD oil may be able to help with pain management, assist in coping with depression and anxiety, and much more, you may have come across the term “CBD entourage effect”, terpenes, and flavonoids.

So, what is the entourage effect exactly? How do flavonoids fit into the mix? And if you’re thinking of making CBD oil a part of your routine, what do you need to know about both?

Last week we discussed the many variations when it comes into play to determine strength and effect, aromas and their benefits in herbal medicine. Looking closely into the Full Spectrum Oil, we examined the over 100 different identified terpenes in the cannabis plant, and while the differences can be subtle, much progress has been made in making classifications of terpenes and their effects easy for users to understand.

To further understand how the terpenes and flavonoids work with our bodies. We must first understand the “entourage effect”.

The entourage effect is the results (the effect) produced from the synergistic interaction of the cannabinoids, flavonoids, terpenes, and fatty acids naturally found in cannabis. The Encourage Effect refers to the beneficial effect of all these compounds working together as opposed to just one or two of these compounds working in isolation.

Simply put: the Entourage Effect is the benefit you get from ingesting multiple components of the cannabis plant together instead of ingesting one component at-a-time.

When we consider the 200 or more bioactive compounds that have been discovered in cannabis, often the more widely understood phytocannabinoids and terpenes tend to steal the spotlight. But these aren’t the only important compounds produced by cannabis. Take flavonoids for example. They account for roughly 10% of these known compounds with around 20 varieties known to exist in cannabis.

Flavonoids are not unique to the cannabis plant. Scientists have identified thousands of them all throughout nature, from flowers to fruits and vegetables. Flavonoids are compounds in plants which give plants their pigmentation (color), filter out UV rays, attract pollinators, and prevent plant diseases. However, there are some that are known to be found only within cannabis, these are known as cannaflavins.

Similar to terpenes, flavonoids share a role in how we perceive cannabis through our senses. But there’s a lot more to flavonoids than what meets our nose and taste buds. In fact, flavonoids are among the most understudied compounds found within the plant. However, here’s what we do know about them.

Flavonoids give cannabis character. We often attribute the flavors and aromas of cannabis to terpenes. However, flavonoids also play an important role in providing the distinguishing qualities we use to differentiate between strains varieties. Both odor and flavor are possible in cannabis due to the synergistic qualities that terpenes and flavonoids share with one another.

Quercetin is also found in green tea, red wine, and berries. Quercetin acts as an antioxidant and anti-viral agent. While Apigenin is found in parsley, celery, and chamomile tea. Apigenin has anti-anxiety and anti-inflammatory properties. In cannabis, cannaflavin A is pharmacologically active, with studies showing that it has anti-inflammatory properties that can be a natural replacement to Aspirin for those seeking an alternative approach. Cannaflavin B and C are also being studied for their potential medical benefits.

Flavonoids are important because they have shown to have beneficial effects such as:

In order to better understand the role that cannabis flavonoids play, it is extremely important that federal actions be lifted in the U.S to allow further research to take place. Until that point comes, research abroad will continue to uncover new discoveries in chemical profiling, allowing us to better understand the complex mysteries of cannabis. 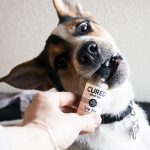 How does CBD oil interacts with your pet’s body?Education 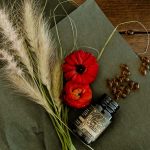 Boost your immune system with CBD!Education