Is CBD Damaging Your Liver?

Cannabidiol (CBD) has built up a reputation over the past few years as being the safe, therapeutic part of the cannabis plant that many consumers are raving over for a natural relief to ease their individual health concerns and overall better their well-being. The passage of the farm bill in December, which legalized industrial hemp production and hemp-derived CBD extracts, only adds fuel to CBD’s sizzling growth prospects. But does it fully deserve this reputation? Or are users of CBD products unknowingly putting themselves at risk of developing harmful side effects? A new scientific research paper is making users and potential users to think twice about their cannabis use.

A paper published in the journal Molecules, that was highlighted in an article by Mike Adams in Forbes, rang alarm bells by asserting that CBD “could be damaging our livers in the same way as alcohol and other drugs.” Specifically, the paper examines links between CBD doses and the potential for developing “hepatotoxicity” — drug-induced liver damage. This sensational claim was based on a dubious study of CBD and liver toxicity conducted by researchers (Ewing et al) at the University of Arkansas in Little Rock.

It’s 2019 and we still live in a world where one small study, on mice, with a highly questionable methodology, published in a marginal journal, with major flaws, leads to a clickbait media panic.

This is not the first time an astound study has made cannabis consumers second guess their trust in this healing plant. In 1974, a study conducted at Tulane University supposedly showed that “the active ingredient in marijuana [THC] impairs the brain circuitry,” leading the press to dutifully run articles claiming that pot causes brain damage without a trace of skepticism. Martin Lee, author of Smoke Signals: A Social History of Marijuana, called out this exceedingly small study of rhesus monkeys as “a textbook case of scientific fraud.”

In a backlash to this most recent study—Project CBD, a non-profit dedicated to boosting science-based understanding of cannabidiol (CBD), has just released a detailed rebuttal to the Forbes article and Molecules study.

According to the Little Rock researchers that participated in the Molecules study, “four-and-a-half mice died because of the dangerous drug known as CBD, while somehow one-and-half mice survived.”

Reading the study as a conscious media consumer, it only gets worse.

Scientists force-fed mice a single dose of CBD, ranging from the supposedly ‘low’ dosage of 246 mg up to a mega-dose of 2460 mg CBD. The maximum human dosage recommended for the CBD-isolate Epidiolex is 20 mg, which is over 100x less than what the Little Rock researchers force-fed their experimental mice. Project CBD argues that allometric scaling is a rule of thumb at best, and cannabinoids, in particular, are a very poor fit for the model: “The ridiculously high doses in this study will saturate the body’s metabolic machinery, preventing relevant dose-extrapolations.”

The need for a controversial, engaging story often overtakes the desire for accurate reporting. Regarding claims that CBD causes liver damage, the Forbes writer failed to probe key questions. Are the research methods valid? Do the researchers apply consistent standards in their assessment of evidence? Are the conclusions a reasonable interpretation of the results? And whatever happened to the one-and-a-half mice that survived the massive doses of CBD?

Those that have been on the uphill ride of CBD the past few years have witnessed plenty of university-level studies that have shown positive correlations between CBD consumption and improvements in joint pain, gut health, and a host of other ailments for patients.

Researchers on the other side of this debate claim that the results of this study do not imply any sort of immediate danger for people currently taking CBD medication, or using CBD supplement products. Instead, they feel that this research should encourage further investigation of the safety profile of CBD at various doses, empower consumers to educate oneself before buying a CBD product, and ensure that those people who are bringing CBD products to market check that their advertised dosages are safe for long-term use. 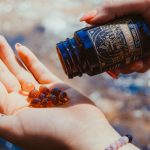 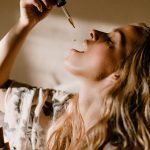 How To Support Your Mental Health Through NutritionEducation