We are getting SPICY right before the holidays!

That’s right, we are doing A MEGA PRICE DROP on our top of the line hemp infused sweet and savory spices.

Our spices are just like any other spice in your cabinet, aside from the micro-boost of cannabinoids and health benefits from the mindfully chosen herbal blends.

Each spice can be used at any time of the day on your favorite meal or in any hot or cold beverage.

Microdosing our spices in combination with our other products should achieve sufficient daily cannabinoid levels which in turn helps regulate several bodily functions such as recovery, sleep, focus and more.

A few benefits that come along each teaspoon of goodness:

Cinnamon & Honey is the community favorite for a reason. It’s perfectly sweet and perfectly salty. Those that enjoy a sweet boost in their morning oats, a sweet ease to their mid-day cup of joe, and even those wanting to take the edge off of a long work day, Cinnamon & Honey has you covered.

As cinnamon is not a foreign in spice cabinets across the country, we all can easily say it’s one of America’s favorite spices. It’s made from the inner bark of a genus of tree called cinnamomum.

For thousands of years, cinnamon has also been prized for its potent medicinal properties. It’s loaded with polyphenols and other antioxidants. Cinnamon is an anti-inflammatory, antidiabetic, antimicrobial, lipid-lowering, and cardiovascular-disease-lowering superstar. Providing your body with the essential vitamins to thrive, and your mind to stay sharp.

Whoever knew that such a sweet spice could be such a potent healing force.

Sweet, how about savory? Our Roasted Garlic Lemon Pepper is the perfect match for any of your savory dishes.

Garlic can be chopped, minced, blended, or eaten as a powder – which is exactly what you’ll find in our savory Roasted Garlic Lemon Pepper Spice.

Garlic is not only used to add a pungent flavor kick to your dish, but it’s known for helping to ward off the bad guys. With spooky season right around the corner, you perpash may be able to scare away the vampires with this powerful aroma but also fight off certain bugs that come along with the winter cold and flu season.

In one particular study, researchers examined 41,387 women, tracking their consumption of 127 foods over a five-year period. The food found to be most highly associated with a statistically significant decrease in colon medical issues was garlic. Women with the highest amounts of garlic in their diets. As a 50 percent lower risk of certain colon complications than women who ate the least.

Another study of 5,000 men and women, conducted in the Middle East over a five-year period, found that garlic extract was linked to a 52 percent reduction in gastric complications including IBS, Chrons, and other GI complications compared to a placebo.

And if regulating your bowel movements and decreasing midday bloating wasn’t enough, this spice will add a flavor punch to any savory dish this winter.

Thanks to the Smoky BBQ, your summertime favorites don’t have to go out of season when the temperatures start to drop.

One herb in particular that is included into this savory blend is chili powder, made from chili peppers.

Chili peppers aid in digestion by promoting salivation, boosting the stomach’s defense against infections, increasing digestive fluid production, and helping to deliver enzymes to the stomach.

In a 2017 study conducted on mice, researchers found that capsaicin in hot peppers was able to alter the composition led to lower levels of chronic inflammation and weight management.

While some people love the level of capsaicin (which ranges from mild to intense), the level of savory in the BBQ Spice provides the perfect tang that enhances the orange flavor that is included in this blend, making it a must have for any carnivore dishes or putting a dash on a comfort vegan dish.

Who knew a tablespoon of red powder could contain so much goodness? Meet paprika, one of the 5 spicy blends that are included into our Blackening spice. Paprika is the pepper-based spice that helps your body to steer clear of those autumn sniffles and seasonal chills.

Sweet and salty anyone? Perhaps you may not like a spicy kick to your meals and tend to honor your sweet tooth. We got you covered on that.

Peanut Butter Chocolate, a flavor bomb to any bowl of oats, or frosted chocolatey brownies that will knock the socks off of on any of your gluten-free guest.

Adding this flavor to any of your chosen dish is a guilt-free chocolate alternative, that comes with a list added health benefits. One included is that chocolate contains 40 times the amount of antioxidants than blueberries. Raw Organic Cacao has over 40 times the antioxidants of blueberries.  Yes 40 times! It has an amazing ORAC score of 98,000 per 100g, vs blueberries at a mere 2,400. ORAC scores measure the ability of antioxidants to absorb free radicals (that come from pollution and toxins in our environment), which cause cell and tissue damage and can lead to diseases unwanted illnesses.

Stuck between choosing one, don’t fret my friend! Prices are so low that you just might want to snag all 5. 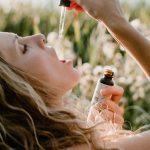 A Guide to Third-Party Lab TestingEducation 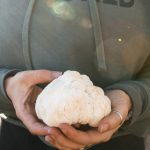