Both the common cold and the flu affect everyone at some points during their lives. For most people, these infections are mainly vacation days spent in bed binge watching Netflix with a tissue box nearby. However, for some they can be problematic, especially for young children, the elderly and other at-risk groups, such as individuals with compromised immune systems.

How Do We Get Colds?

While it’s a pretty complicated question to answer, in most cases, it comes down to the following reasons:

So How To Fight This Cold Using Cannabis?

With that said, it doesn’t mean that there aren’t steps you can take to boost your odds of avoiding sickness. If you look after your body, by living a healthy lifestyle and resting well, your cells will be strong enough to avoid infection. You simply won’t have weak cells that need to be flushed out of your system.

When your immune system is under-active, it can make you more susceptible to a common illness. This is where we insert Cured CBD Oil. Cannabidiol interacts with the Endocannabinoid  system which plays a significant role in how your immune system functions. By indirectly communicating with the CB2 cannabinoid receptor, full spectrum CBD oil (that combines all help cannabinoids, including CBD and THC) can help keep your immune system operating normally and ease some of the symptoms that come with the common cold and flu virus.

CBD is a potential anti-inflammatory which can fight pain, such as sinus pressure, while THC can reduce common pains associated with these viruses which allow the body to rest and self-heal. CBD is also known as a natural antibacterial, which can help fight against secondary bacterial infections that may develop from the cold and flu.

While research is still in its infant stages, there has been one article stating the importance of CBD while experiencing cold symptoms.

According to Dr. Robert J Melamede, Chairman of the Biology Department of the University of Colorado, Cannabidiol may offer control of the immune system and in turn, protect from viral infections. Cannabis has already been seen to inhibit fungi and bacteria and can be considered a new class of antimicrobial because of the different mechanism of action from other antimicrobials.

When the immune system launches an attack on a virus, it causes an inflammatory response that produces flu or cold-like symptoms. While the body uses its own Endocannabinoids to moderate the immune response, it’s not always capable of controlling the inflammatory process. Cannabinoids in cannabis help in this aspect by giving the natural Endocannabinoid System a boost.

How To Take CBD For Your Cold:

One of the best ways to take CBD for your cold is lathering your back and neck aches with our CBD Salve that contains other terpenes and herbs for a holistic pain relief. Another way to support your immune system throughout the fall and winter months is with a daily dose of Raw Caps to keep your body regulated making your chances of catching a cold to decrease as the cannabinoids work synergistically together to boost your immune system. 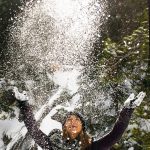 Guide To Bracing The Wintertime BluesWellness 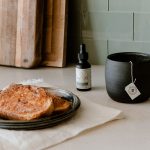 One Key Ingredient Your Morning Routine Is MissingWellness