A Deep Dive into the Awesome World of Adaptogens

Maybe you haven’t heard of adaptogens yet, but trust us, they’re very exciting. At Cured Nutrition, we even use adaptogens in many of our products. Taking a deep dive into the awesome world of adaptogens and adaptogenic herbs and mushrooms will help you understand their valuable benefits.

The word adaptogens has a Russian origin and began appearing more prevalently in the English language in the 1960’s. According to the Oxford Dictionary, the word “adaptogen” is defined as, “a natural substance considered to help the body adapt to stress and to exert a normalizing effect upon bodily processes.”

A study by the Swedish Herbal Institute of Research and Development found significant data on the effects of adaptogens on mammals. More specifically, the study states that, “…adaptogens exhibit neuroprotective, anti-fatigue, antidepressive, anxiolytic, nootropic and CNS stimulating activity.” On a cellular level, adaptogens have broad benefits, contributing to the overall health of consumers.

This data explains why adaptogens have been used in Eastern and holistic medicine for centuries. Now, in the present era, herbalists, functional practitioners, and integrative medicine centers are taking a second look at the benefits of adaptogens. In a world where consumers have sometimes found themselves in precarious situations relying on addictive pharmaceuticals, adaptogens might be a much-needed all-natural alternative.

There are many types of adaptogens. It’s important to know that all adaptogens are natural and can be broken down into different forms. It’s not uncommon for adaptogenic herbs and mushrooms to be made into delicious tinctures, ground into powders for capsules, mixed into household recipes, and even eaten raw.

What are Adaptogenic Herbs?

Aloe Vera is a plant of many uses. This adaptogenic herb is known as a household sunburn treatment, but cellularly also acts as an antioxidant and natural anti-inflammatory.

Ginseng is an herbal ingredient found in many teas. Preliminary research suggests that ginseng may decrease symptoms of cognitive decline.

Licorice is known for its distinctive flavor. This root has long been used for its antiviral and antimicrobial benefits, and studies confirm these properties.

Rosemary is a staple of many recipes, known for its savory but refreshing flavor. Fragrant essential oils are often also made from the rosemary herb. These factors, alongside research, demonstrate the antioxidant properties in this natural herb.

What are Adaptogenic Mushrooms?

Here are some common types of adaptogenic mushrooms:

Shaped like small kidneys, the reishi mushroom has long been praised for its immune benefits. Reishi mushrooms contain many essential vitamins and minerals, making these mushrooms a great natural immune boost.

Shiitake should not just be known for their savory flavors and dense texture. In fact, studies show that shiitake mushrooms help to increase immunity when consumed consistently.

Why does Cured use Adaptogens?

At Cured, we’ve worked hard to create a line of pure, lab-tested, and functional CBD products. Adaptogenic herbs and mushrooms complement CBD, allowing our community to get the most out of our products.

Adaptogens are natural and oftentimes delicious additions to the products we love to make and share with all of you. 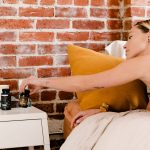 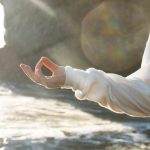 How To Be Chill AF With MushroomsEducation