Does CBD Support Heart Health? Here’s What You Need to Know.

Cannabidiol isn’t a new kid on the block, but could it have newly discovered benefits? As it turns out, the answer to that question is a resounding, “Yes!”  According to a research study published in the British Journal of Pharmacology, the therapeutic potential of CBD extends to the cardiovascular system. In addition to effectively treating “a vast range of disorders including inflammation, oxidative stress, cancer, diabetes, gastrointestinal disturbances, neurodegenerative disorders and nociception,” CBD also produces positive vascular effects. 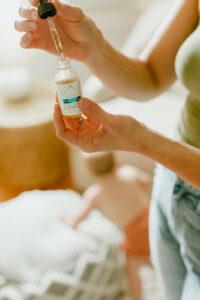 The Relationship Between CBD and Heart Health

In both in vivo and in vitro studies, CBD reduces endothelial and cardiac dysfunction in diabetes-related cardiomyopathy; reduces vascular inflammation associated with endotoxic shock; has a protective role in diabetic retinopathy; is cardioprotective after coronary artery ligation; and reduces infarct size and increases cerebral blood flow when delivered either pre- or post-ischaemic stroke.

Despite such clear evidence of its benefits, the specific mechanisms through which CBD mediates aspects of heart health, like cardiovascular risk factors and atherosclerosis, have differed in various animal models. However, thanks to research conducted out of the University of Nottingham School of Medicine, we now know that the vasorelaxation caused by CBD is “dependent on CB1 and TRP receptor activation, the endothelium, nitric oxide, and potassium channel modulation.”

Of course, variation in dose responses is unavoidable. When examining these differences, the scientists discovered that the relationship between CBD and the cardiovascular system actually changes depending on gender, disease history, and medications. For example, vasorelaxation was reduced in males, patients with Type 2 Diabetes, and patients taking traditional heart medication (i.e. statins and beta blockers). Interestingly, the enhanced response in females may be due to the presence and protective effects of estrogen.

Overall, CBD serves as a buffer against cardiovascular stress, whether that stress is physiological (like, high cholesterol), metabolic (like, high glucose), acute (like, stroke), or environmental (like, cortisol-induced inflammation). Additional research is needed to further investigate the spectrum of CBD-related benefits, however it’s evident that CBD positively influences heart health in exciting ways!

Is CBD the missing link to your own heart health?

Questions About CBD? We Have Answers.