Are Natural Supplements the Key to Better Health?

Get all your daily essentials delivered monthly for 20% OFF. Subscribe & Save Today!

According to American Medical News, the adverse side effects of taking prescription drugs send more people to the emergency room than illnesses like strep throat and pneumonia. In fact, 4.5 million annual visits are related to problems with medication, and 400,000 of these visits turn into hospitalizations. In the same article, Lee A. Lindquist, MD, MPH, a geriatrician at Northwestern Memorial Hospital, says that despite how alarmingly high this number seems, it’s likely an underestimation. She explains, “There is a whole group of patients with problems who are not coming in.”

It’s no question: things like improved life expectancy and the eradication of many infectious diseases are hinged upon the evolution of modern medicine. There are health conditions that require rounds of specialized medications, and times when the clear benefits outweigh any minor side effects.

However, are prescriptions always the answer? Or, might natural supplements play an equally advantageous role in the prevention and treatment of common ailments?

The True Cost of Big Pharma

Medicine dates back thousands of years B.C., but it wasn’t until 1894 that biological medications were introduced to the traditional use of herbal and plant-based remedies. Now, pharmacy sales are a $236 billion dollar industry. It’s estimated that 70% of Americans are taking more than one prescription medication, and over 44.6 million prescriptions are filled annually.

Two specific prescription medications that have swept across America are Ambien and Adderall. It shouldn’t necessarily come as a surprise; many individuals need help improving their sleep, their performance, or both. We understand this firsthand. However, our philosophy for treating sleep and attentional difficulties differs drastically from Western medicine. In regards to these two medications, we can’t help but wonder if the benefit really does counterbalance the consequences.

Look no further than these pharmacological facts and statistics and you will see how the overprescription of medications like Ambien and Adderall might be leading to more harm than good:

In Search of the Natural Alternatives

Like we said, we understand why you may initially seek out help from a provider for loathsome issues like restless sleep or poor performance. You have places to go and dreams to achieve; worrying about these areas of your life isn’t something you want to expend your precious energy on. Sometimes it may even feel like you need a (major) boost to maintain the same momentum.

Everyone deserves to feel supported, but we argue that the support you really need is the kind that doesn’t come with a long list of serious side effects. Natural alternatives to prescription drugs were used for thousands of years before their engineered counterparts ever entered the scene. 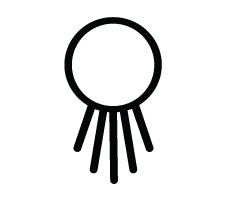 Herbs have been used for their natural healing powers for over 60,000 years. Archeologists have even found the remains of medicinal plants, including cannabis, in their excavational digs. According to an article written for the University of Minnesota by Dennis McKenna, PhD., one of the oldest records on medicinal plants is dated 1500 B.C. By 700 B.C., the use of more than 300 different medicinal plants had been documented.

Despite the booming pharmaceutical industry in the United States, the World Health Organization reports that 75-85% of the world’s population still relies on herbal and plant medicine as their primary healthcare. In many ways, this is a more accurate demonstration of HEALTH-care than what many of us are accustomed to experiencing. While the American machine tends to focus its resources on sickness, countries that still embrace a more holistic approach to wellbeing, such as those practicing Eastern traditions, are using natural alternatives that work synergistically with the body to amplify health.

For example, it’s common to find herbs like valerian root, passionflower, chamomile, and ashwagandha in herbal teas and natural supplements that promote sleep and restfulness. These ingredients help to support the body’s natural sleep cycles, without completely hijacking the innate circadian rhythms like many prescription sleep aids do. Many individuals who take prescriptions like Ambien find that they become entirely dependent upon the medication to get any sleep, and the sleep is not necessarily restful.

Ambien is a sedative-hypnotic drug that reduces brain activity to induce sleep; not something that improves cycling through various stages of sleep or the body’s ability to turn on its glymphatic system for deep healing and recovery. The possibility of experiencing a serious physical or cognitive impairment as a side effect is also high, which is in stark contrast to the overall safety of taking plant-based, natural supplements. 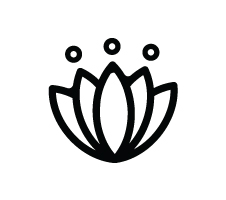 Similarly to herbs, mushrooms were used for their healing properties long before the development of modern medicine. Hippocrates, the Greek physician and one of the most prominent figures in medicine, classified specific species of mushrooms as potential anti-inflammatory agents circa 450 B.C. In other studies, the presence of medicinal mushrooms  dates back all the way to 3000 B.C. In current literature, there is ample evidence touting their antimicrobial, anti-inflammatory, cardiovascular-protective, antidiabetic, hepatoprotective, and anticancer properties.

In addition to the supportive role mushrooms play in the body’s innate healing processes, there are also types of mushrooms that are known for enhancing mental and physical performance. For example, species like Lion’s Mane and Cordyceps improve cognition, sharpen memory, and facilitate learning while simultaneously promoting positive brain and nerve health. In other words, the immediate perks that you may be looking for when reaching for prescription medications are just the tip of the iceberg. The brain-boosting benefits extend far beyond better focus and attention. Read this article to learn more!

The same can’t be said for mainstream stimulants, and oftentimes the opposite is true. Adderall may help performance while you are on the drug, however long-term use can lead to side effects like mood swings, depression, an inability to concentrate, panic attacks, paranoia, and even suicidal ideation. It certainly doesn’t enhance synaptic connectivity and plasticity in the brain (which are related to the mind’s ability to learn, forge new neural pathways, and expand) like their natural alternatives. 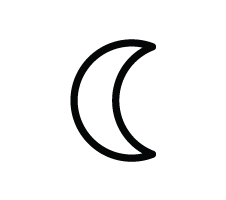 Prescription medications have their place, but that place isn’t as one omnipotent and universal remedy. The likelihood of serious side effects turned us away, and eventually motivated us to develop the Cured triad: Rise, Aura, and Zen. We took the ingredients that have been used for centuries and formulated supplements that are natural, holistic, and highly effective.

Rise, the powerhouse of our performance line, contains Lion’s Mane and Cordyceps (as well as other herbs and plant-based ingredients), to deliver all-day focus and energy while supporting your brain health. Zen, our best-selling recovery product, contains the most renowned herbs and mushrooms for promoting sleep and relaxation.

If you’re supporting your peak performance and deepest sleep, it only makes sense to elevate the middle ground; which is where Aura, our specialized formula for whole-person balance, enters the regimen. With all three products, you have everything you need to truly find and feel your best. Are you ready to skip the side-effects, once and for all? Go natural with our triad and finally feel good about the ingredients you are putting into your body.