We’ve all heard the saying, “The way to the heart is through the stomach.” Well, the way to the brain is through the stomach, too! Gut health is a key component of brain health, specifically as it relates to the state of the gut-brain axis and its role in numerous physiological processes. You can read more about optimizing your gut-brain axis here!

Although there isn’t a right or wrong way to approach diet and nutrition, there are clear advantages to viewing food as functional medicine. Focusing on the nutrient profiles of various ingredients is one guaranteed way to improve your physical, mental, and emotional health. No tedious calculations or tracking necessary; just begin to familiarize yourself with how certain nutrients interact with your microbiome and your brain! 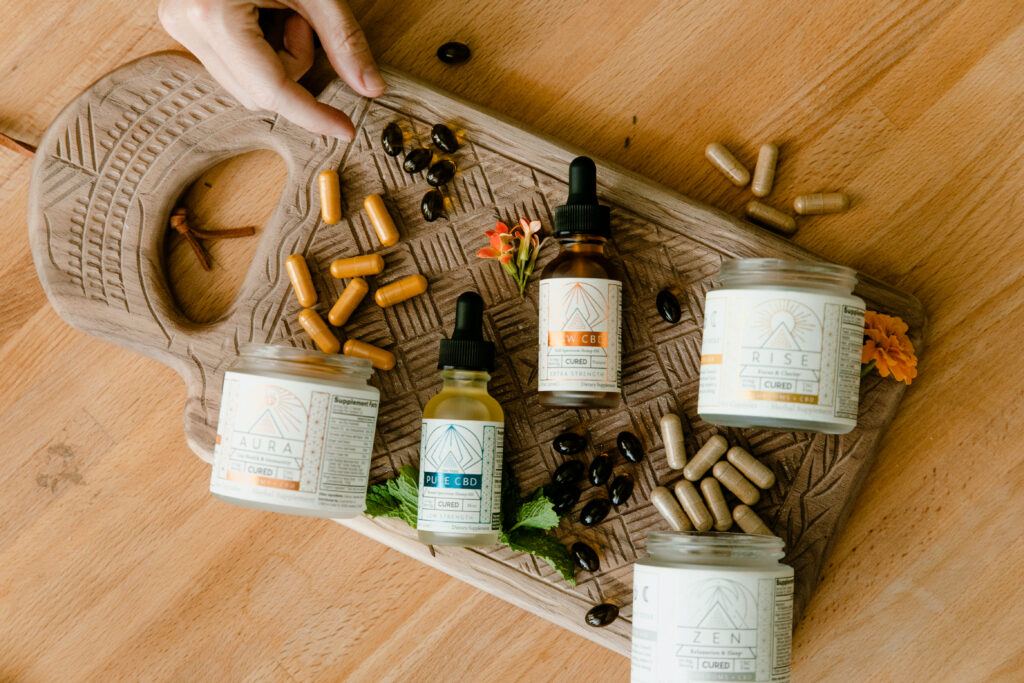 Build Your Brain with Your Next Meal

The next time you’re reaching for your Sunday morning Sudoku, try pairing the puzzle with a breakfast packed with a few of these brain-boosting foods. Your brain health might depend on it.

Kefir, kombucha, kimchi, sauerkraut, miso — what do these foods have in common? They are all naturally fermented and they have all been considered staples in traditional diets for thousands of years. In fact, some evidence suggests fermentation is a practice that dates back to the paleolithic era! These days, nearly every grocery store, brewery, and yoga studio has a sampling of fizzy drinks and probiotic-spiked sodas for their crunchy granola customers.

Fermentation is defined as the “breakdown of an energy-rich compound by the action of microorganisms (such as bacteria or yeast).” Carbohydrates and sugars are converted into carbon dioxide, and alcohols are converted into organic acids. This not only preserves the food for a longer period of time, but may even “magnify the known benefits of a wide variety of foods and herbs, influencing the bioavailability and activity” of nutrients.

The enhanced bioavailability of nutrients is beneficial for overall health and well-being. However, emerging research suggests these fermented foods have an especially potent effect on mental health. Some of the nutrients that are enhanced through the process of fermentation include protein, magnesium, zinc, vitamin D, and B vitamins; each of which has been shown to directly impact aspects of cognitive function, memory, and mood.

Fermentation is also responsible for enriching the probiotic content of food, and the link between probiotics and brain health has been well established. The research on probiotic microbes has revealed a clear ability to “decrease anxiety, diminish perceptions of stress, and improve mental outlook.”

Similar to fermented foods, ginseng has been used in traditional diets and herbal medicine for over 5,000 years. The neuroprotective benefits of ginseng, first recorded in Traditional Chinese Medicine texts, have now been reconfirmed in numerous studies. Its “antianxiety, antidepressant and cognition enhancing properties” make it an essential nutrient for better brain health. Most of the clinical research on ginseng has been focused on Major Depressive Disorder and Alzeheimer’s Disease; both of which are pathologies that begin in the brain and eventually progress to physical symptoms. However, the antioxidant mechanisms of ginseng are also being studied in Parkinson’s Disease, Huntington’s Disease, multiple sclerosis, and strokes.

It’s no wonder that ginseng is one of the most common ingredients added into herbal supplements. You can find it in Cured Rise. The next time you take your morning capsules with a tall glass of water, know that you’re protecting and energizing your brain simultaneously! You can also try mixing dried ginseng into soup or tea.

With the rise of food industrialization and commercialization, the average intake of omega-6s has increased by roughly 4% over the past 100 years. Soybean, corn and safflower oil, three of the most common ingredients added to the items sitting on your pantry shelves, are the main culprits. At first glance, this percentage may not seem like a drastic change; but the immediate and long-term effects suggest otherwise. The optimal ratio of omega-6s to omega-3s in a diet is 3:1 to 4:1. However, now the dietary ratio for most individuals is an estimated 20:1!

Omega-3s are considered a powerhouse for brain health, but the protective benefits are severely diminished with an increased intake of omega-6 linoleic acid. In fact, many researchers believe that the imbalanced “omega-6/3 ratio may be a contributing factor in the rise of mood disorders, including depression, in the Western world.” As the dietary intake of omega-3s decreases, the prevalence of postpartum depression, social anxiety, Bipolar Disorder, Autism Spectrum Disorder, and Attention Deficit Hyperactivity Disorder increases.

Daily supplementation with omega-3s clinically reduces the symptoms in each of these neurological maladies and disorders. This can be attributed to the interactions between DHA and DPA with many of the processes happening in a healthy brain. Docosahexaenoic acid (DHA) and docosapentaenoic acid (DPA) are responsible for regulating cell survival, neurogenesis, neuroinflammation, neuronal growth, neurotransmission, cellular communication, synaptic plasticity, immune function, and even healthy sleep.

In addition to taking this potent brain-boosting nutrient as a supplement, you can also add these omega-3 rich foods into your daily diet: fresh fatty fish (such as salmon, mackerel, tuna, herring and sardines), flax seeds, chia seeds, walnuts, and soybeans. 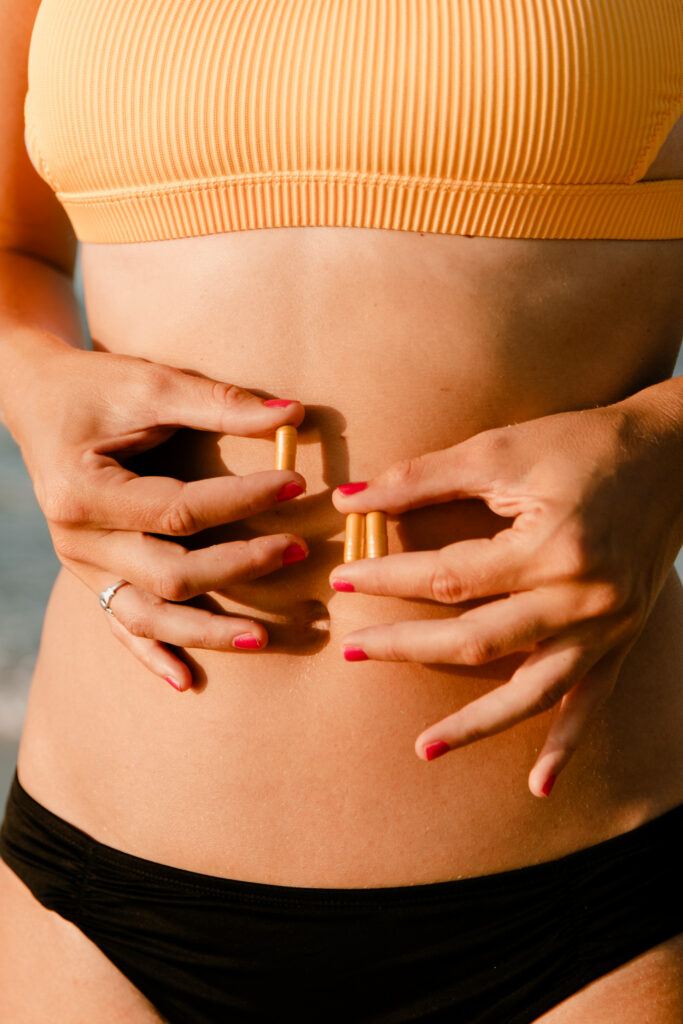 Did you know that 77% of people living in the United States have a vitamin D deficiency? Or, that “lower levels of vitamin D are associated with multiple mental disorders, including schizophrenia, depression, and anxiety”? It’s true. In fact, one study found a <60% decrease in vitamin D levels in patients with anxiety disorders compared to their healthy counterparts. Additional research has shown a correlation between vitamin D deficiencies and Alzheimer’s Disease, Dementia, Autism Spectrum Disorders, and psychosis; and these are only the neurological and central nervous system disorders. There’s an alarmingly long list of concurrent physical health complications, too.

Vitamin D is inarguably one of the most essential nutrients for brain health, and it is “increasingly recognized as a necessary neuro-steroid with various actions in the brain.” It functions in a variety of ways, including: displaying neuroprotective properties, regulating the biosynthesis of neurotransmitters, balancing neurotrophic factors, clearing harmful amyloid plaques, and providing antioxidant and anti-inflammatory effects.

Yet, despite its evident significance, the majority of people aren’t getting enough vitamin D to experience these neurological benefits. Soaking up some sunshine on a daily walk is crucial for physical, mental and emotional health, but it isn’t enough exposure to maintain adequate levels of the vitamin. Supplementation is key. That’s why we added it to Cured Aura. Your daily dose will provide you with 2,000 IU of vitamin D, which will complement your subcutaneous skin exposure for the best brain health.

Golden milk, turmeric shots, aromatic curries — curcumin, the star ingredient, provides foodies with a host of brain health benefits. The spice is known to have “protective effects, including anti-inflammatory, antioxidant, anti-arthritis, pro-healing, and boosting memory cognitive functions.” With countless studies demonstrating its potential, curcumin “has been explored as a treatment for Alzheimer’s disease, Parkinson’s disease, depression, comorbidities of anxiety, and anxiety itself.”

One of the classic signs of (and the primary source of neurotoxicity in) Alzheimer’s disease is an increasing presence of amyloid-β protein in the brain. A substantial amount of recent research suggests that this golden spice, curcumin, can effectively inhibit the accumulation of this protein and cross the blood brain barrier to protect neurons from toxic aging, cognitive decline, and poor synaptic functioning. 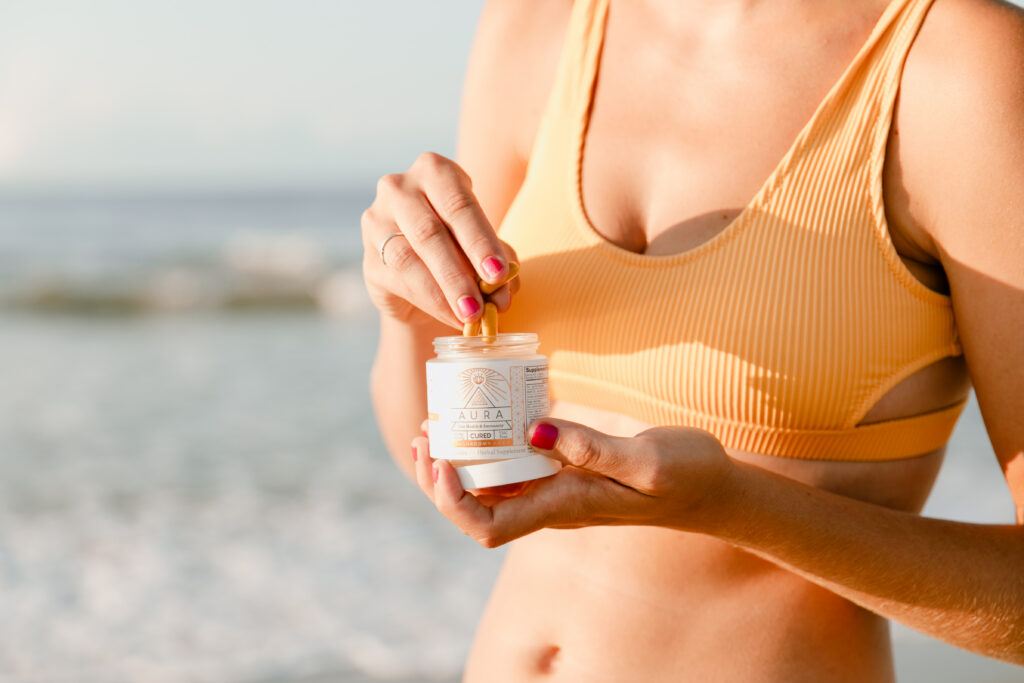 In addition to its clear ability to mitigate the harmful neurological mechanisms of Alzheimer’s Disease, curcumin also improves the gut microbiome (and thus, the gut-brain axis), suppresses the activity of inflammasomes (which are the proteins responsible for activating inflammatory processes throughout the body), and modulates the levels of circulating dopamine, serotonin, and cortisol.

To experience these benefits for yourself, look no further than Aura. When we describe this supplement as balancing, we aren’t exaggerating. Each dose contains 300mg of Turmeric, and we have specifically paired this spice with Piperine (or, Black Pepper). When supplemented alongside curcumin, piperine can increase the efficacy and bioavailability of the healing spice by 2000%. For best results, take your Aura with a healthy source of fat, like a fresh filet of salmon or a homemade fat bomb.

Feed Your Gut-Brain Axis: Eat Your Way to Balance