A new month is here, which means you’ve been probably circling back around to your New Year resolutions regarding your health.

Maybe you want to start stepping up your game and begin meal prepping, or maybe you’d rather indulge in more tasty treats (#treatyoself). However, if one of your goals is to chill the heck out, then you might want to incorporate some CBD-infused snacks into your diet. Why? Because they look irresistible. Also, thanks to CBD’s relaxing assets, they’ll also make you feel calm, cool and collected as we spring forward.

If you haven’t hopped on the CBD train yet, you will be hooked after trying this treat!

Try this yummy recipe from our good friend Kelly, over at the A Healthy Harmony!

You might be wondering, “how do these tasty treats calm you down?” Well, let’s begin by breaking down the system that rules your anxiety, headaches, and pain!

Growing up, throughout our education, we are taught that there are 11 major organ systems in the human body:

However, they left out the most important physiologic system involved in establishing and maintaining human health, the Endocannabinoid System (ECS).

Dr. Matsuda, the researcher who discovered the ECS in 1990, stumbled upon this complex network of cannabinoid receptors as Matsuda and team were trying to understand how THC, the primary intoxicating substance in marijuana, affected the body. To their surprise, what they discovered was this network of cannabinoid receptors (CBr) expressed in cells of both the central and peripheral nervous system.

You may be wondering, “Why would the body produce receptors if there were no naturally occurring cannabinoids that would bind with them?”

Matsuda and team had that same question! To their findings, the body does have a similar cannabinoid-like chemicals. The first one to be discovered was Anandamide, which acts on both the CB-1 (typically found in the brain and throughout the nervous system) and CB-2 (primarily found in the immune system) receptors, modulating both the central and peripheral nervous system. While working in the central nervous system, anandamide main regulation is linked to the functions of the immune system.

Your body produces endocannabinoids in order to trigger essential bodily functions and patterns. Some studies state that “deficient cannabinoid levels may be the underlying cause of numerous conditions.”

So how do you support your body and your Endocannabinoid System?

CBD alone does not actually bind to any receptors, instead it works by inhibiting the enzyme FAAH (fatty acid amide hydrolase) which prevents and slows down the breakdown of anandamide – possibly one the most crucial endocannabinoids in the body.

However, while supplementing with a CBD Full Spectrum product, you would be providing your body a multitude of cannabinoids from the whole flower supplement, including cannabinol CBN. CBN shares a very similar chemical composition to THC and thought to primarily bind with the CB2 receptor, but may also interact with the CB1 receptor. CBN acts as an agonist to the TRPV2 receptor, a naturally producing protein that regulates several biological systems in the human body. This makes CBN potentially effective for combating pain and inflammation, bone health, it may control convulsant behavior, lowering blood pressure, and has the potential to relieve skin conditions.

Because the endocannabinoid system is rapidly becoming a great point of interest for scientists, medical professionals, and researchers alike, are using cannabinoids as medicine! Studies have shown higher levels of endocannabinoids in patients with disorders such as Parkinson’s, arthritis, and chronic pain, that said, the healing plant is on a rise. Similarly, high levels of cannabinoids receptors are found in tumor cells. This has given rise to the theory that the endocannabinoid system is nature’s way of regulating homoeostasis (the ability to maintain stable internal equilibrium by adjusting physiological processes).

Research into the possible uses of CBD and other cannabis compounds are growing just as fast as the wellness community and health seekers are integrating this healing plant into their supplement routines, meaning the list of potential benefits is more than likely to grow!

Have you tried the healing plant yet? The best place to start is grabbing a few of these on the go, rip, squeeze, sweet treats! 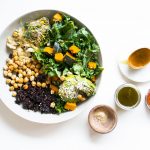 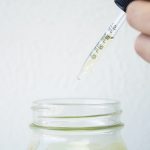